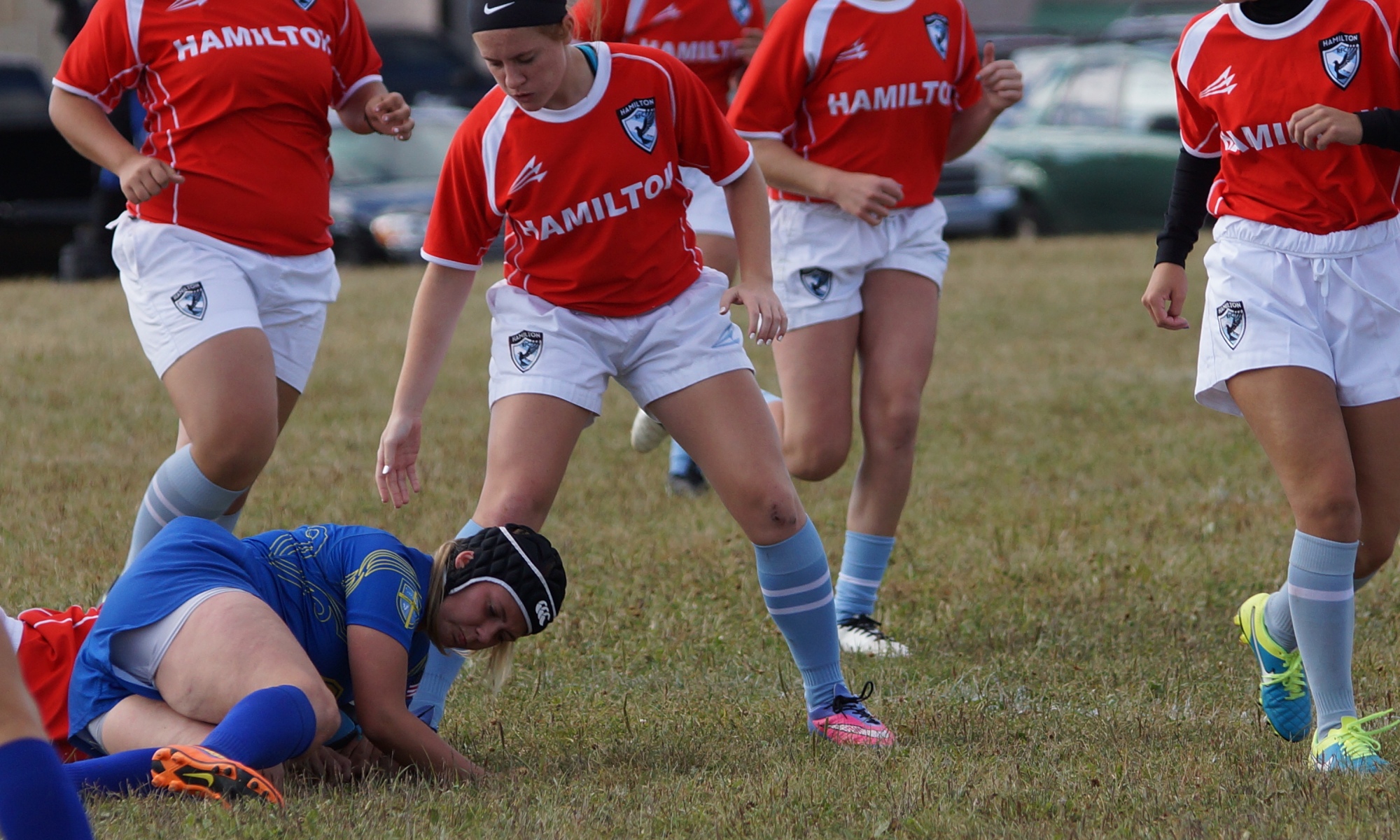 The Rules of Rugby

Whether you are interested in being a fan or a player, you will need to know the rules of rugby.

Rugby is very similar to American football, but it doesn’t allow a forward pass, and the game is not broken into sets of downs.

The game is played in two forty-minute halves with a running clock, similar to soccer.

When a player is tackled with the ball, they must release the ball. Sometimes the ball is release as a pass to a teammate but often it is placed on the ground. Any player from either team who steps over the ball may pick it up and gain possession. Sometimes both teams try to step over the ball at the same time and a pushing match called a ruck occurs. The team that wins the ruck gets to pick up the ball and gain possession.

Teams score by advancing the ball into the end zone AND placing it with control on the ground. This is called a try and is worth 5 points. The ball is moved back from where the ball was placed on the ground in order to take an extra point conversion. This is why some players will run to the middle of the end zone before placing the ball in order to make the ensuing extra point attempt easier on the kicker. If the kicker succeeds in making this kick, it is worth 2 points. There are other situations where teams can kick “field goals” for 3 points. This mostly happens after a penalty.