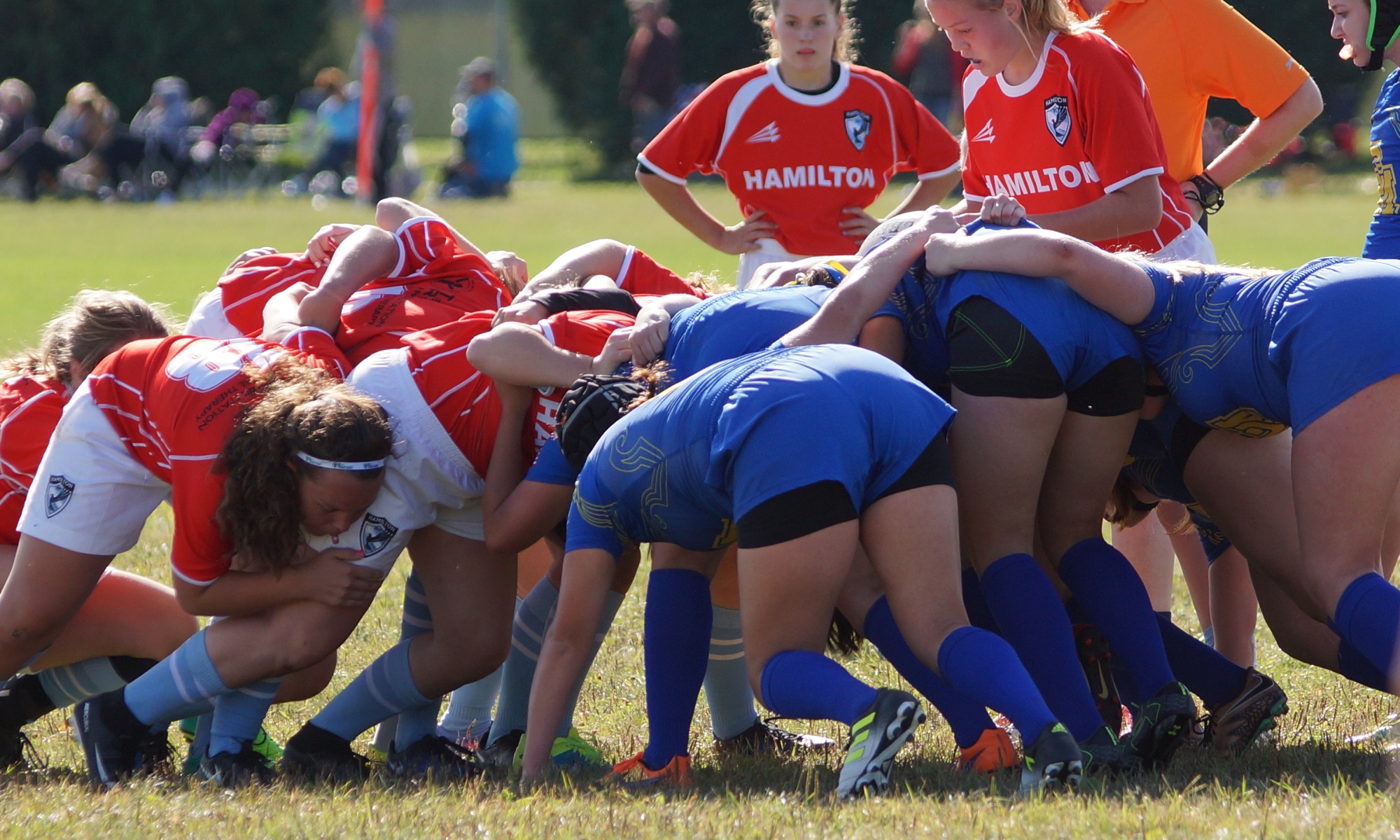 Sussex, WI–For the first time in school history, Hamilton will host a rugby game on Grove Field. The girls rugby programs from Hamilton and Catholic Memorial will play a 7s match immediately following the varsity football game between the two schools on September 14th. Members of the community are encouraged to stay and watch this historic match.

Catholic Memorial is one of the top rugby programs in the nation. Established in 2007, CMH features a varsity side that has been ranked as one of the nation’s top 10 programs over the last six years. They have won two of the last three state championships, and have featured in the last seven state championships. They currently have alumni playing in most of the UW-system schools, Penn State, University of Minnesota, Harvard, and the U.S, Naval Academy. They are coached by John Waliszewski, a graduate of the rugby programs at Marquette High School and Marquette University, formally a coach at Divine Savior Holy Angels High School.

Hamilton’s rugby program is entering their second season of play, but they already made an strong impression in the league. They posted a .500 record in their first season of play and finished 6th at the state tournament. Since then they’ve grown into one of the largest programs in the state with girls joining them from a variety of other sports. The team currently features all-state players Lauren Leonardi and Hannah Pfersch, and two-time WIAA track and field state champion Morgan Price.  They are coached by Barry Holloway, a graduate of Waukesha West’s rugby program, formally the head coach of the UW-Whitewater Women’s Rugby program.

The game will be officiated by Rebecca Haight who graduated from CMH in 2014. After playing rugby all four years of high school, she went on to play NCAA Division I Rugby at Quinnipiac University in Hamden, Connecticut, where she was named a Collegiate All-American and helped Quinnipiac win three straight National Championships. Rebecca studied marketing and public relations and is now working as the Digital Marketing Coordinator for Tailor Made Products in Hartland. She’s now a part of the Wisconsin Rugby Referee Society.

Sevens rugby is the rugby format that made its debut in the 2016 Olympics in Rio de Janeiro. The U.S. women finished 5th at those games. Rugby, along with lacrosse, is cited as one of the fastest growing sports in the country. Rugby 7s uses rules similar to traditional rugby, and it is played on the same size field. However, 7s rugby only features seven players per side, instead of the traditional 15, and is played in two halves that are seven minutes long.

For more information, please contact one of the coaches.