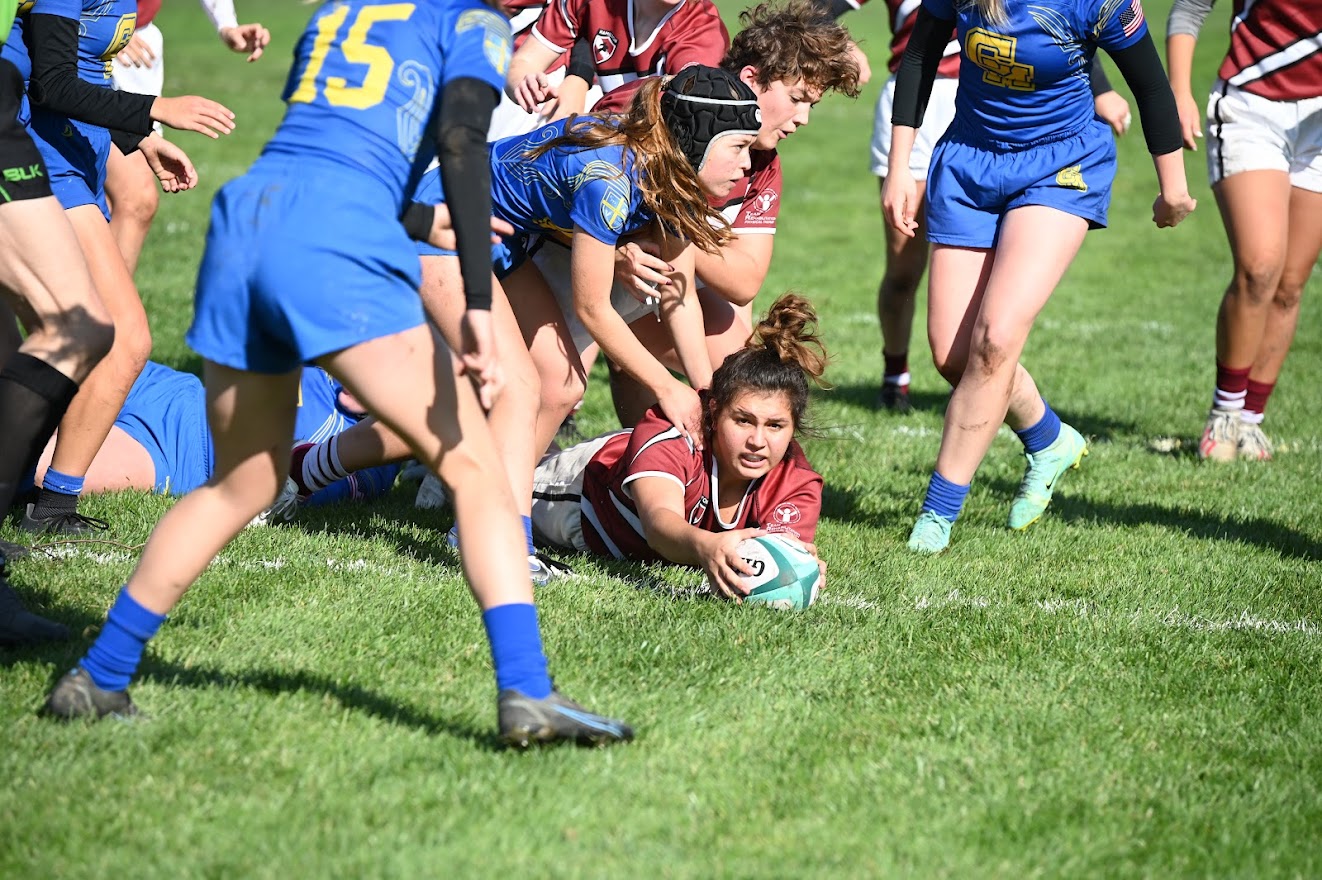 Hartland, WI–They weren’t supposed to win. They weren’t even supposed to be close. Historically, Hamilton was 0-5 against CMH, being outscored 308-10. Their closest game was a 64-5 playoff loss in 2018. In the most recent national rankings, CMH was ranked 4th and Hamilton was unranked. But results throughout the season, led many to believe this was the year Hamilton finally caught up with CMH. But just a few meters from the tryline, on the game’s final play, CMH forced Hamilton to knock on the ball before they could punch in the game-winning try. Instead of a perfect regular season, Hamilton was dealt a respectible 26-24 loss.

Hamilton came out firing in this game with a try from senior scrum half Ayana Phelps, but CMH equalized. It seemed like it was going to be a “back and forth” game, but Hamilton went on a 17-5 run, and things were looking grim for CMH in the second half. Phelps put in a second try and Ronny Ruedinger added two of her own during the run. But a score off a penalty and long breakway run with minutes remaining gave CMH their first lead of the game.

Meghan Rank made two conversations in the game.

With the loss Hamilton will face DSHA in the state semi-final game on Sunday at 2pm in Cottage Grove.