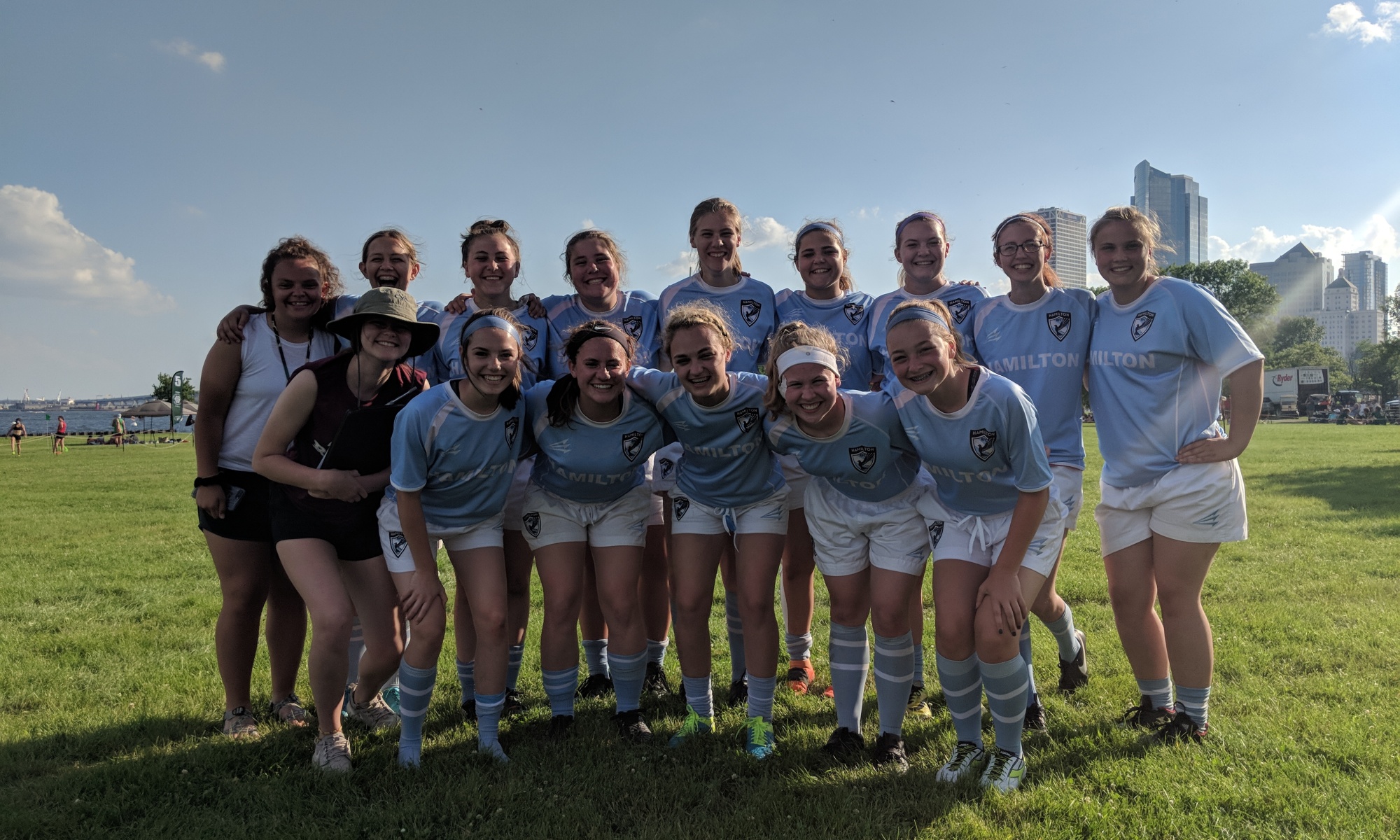 The Hamilton Rugby Football Club is the official rugby club of Hamilton High School, located in Sussex, Wisconsin. The Harriers began operation in the Spring of 2017. Currently, the club only offers a girls’ side. The team held their inaugural season in the Fall of 2017. The team was founded by Head Coach Barry Holloway and sophomore Calla Dane under athletic director Michael Gosz.

Hamilton opened their second season by defeating the defending national champions, CMH, in a exhibition 7s game on Grove Field, following the varsity football game.  The team finished the regular season with a 3-1 record and went on to defeat Stevens Point in the 3rd place game at state.

The team played in their first spring 7s season in 2019, and their varsity and JV squads went a combined 15-1-3 en route to winning the state 7s championship in both varsity and JV rugby.

Due to the COVID-19 pandemic, both the spring and fall 2020 seasons were canceled.

Hamilton returned to rugby in the spring of 2021 and won their second-straight state 7s title.