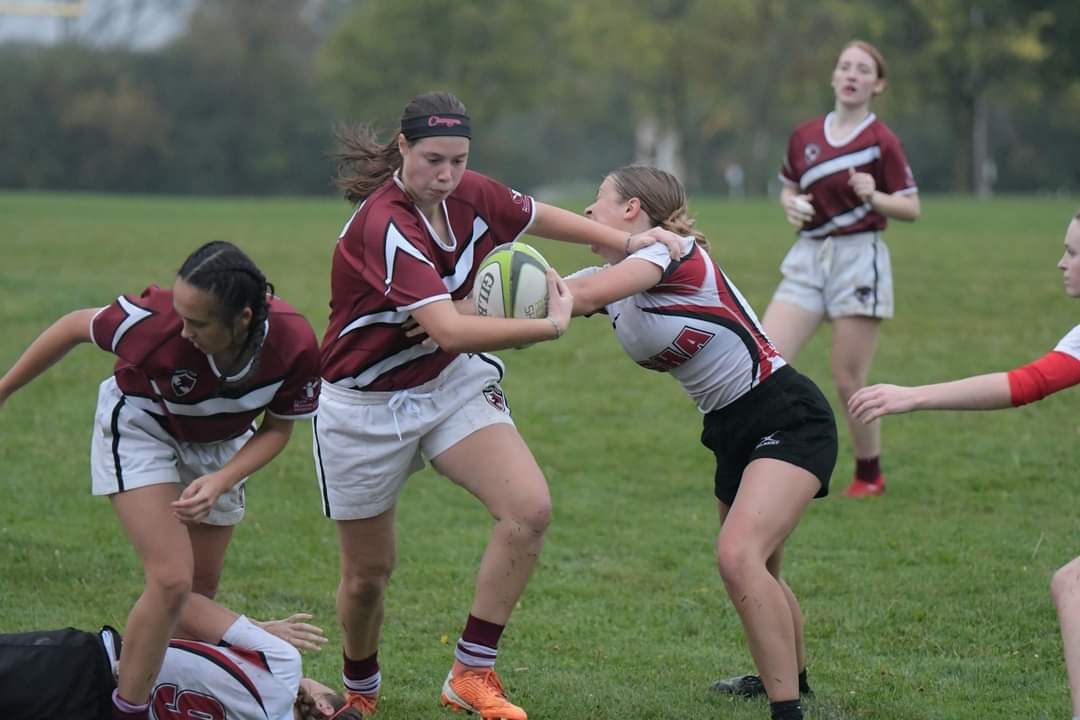 Brookfield, WI–A rain-soaked field and a second half downpour slowed down the high-octane Hamilton offense, but the Hamilton forwards were able to fight through the muck and mud to secure a 36-0 win over DSHA’s B-side.

With the win, the Chargers tied their 2018 team record of three wins in the 15s regular season, and by scoring their 166th point they surpassed the 2018 team record of 142 points scored in a single 15s season. They could build on both of those records with a final game remaining, a contest against the unbeaten Catholic Memorial.

Hamilton was only able to muster one score in the first half before break things open in the second. Two tries were scored by senior captain Ayana Phelps and Jasia Torres, Camille Torres, Norah Miller, and Grace Farrell had solo try performances.

Meghan Rank made two conversions and Izzy Neibler made one.